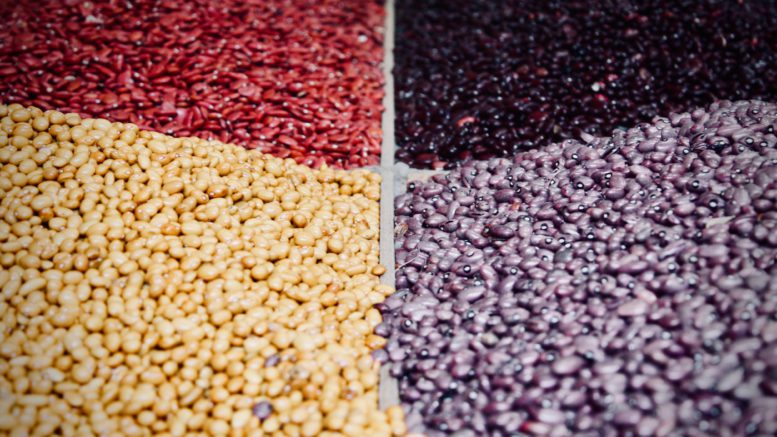 The pulses dynamics in the national market by a specialist.

US$ 5,4 billion is the Gross Value of Agricultural Production (GVP) of rice and drybeans, the former representing US$ 2.76 billion and the latter US$ 2,61 billion. Marcelo Eduardo Lüders gave AgriBrasilis an exclusive interview about the national market panorama for pulses, rice and beans. For more than 14 years he has been President of the Brazilian Institute of Beans and Pulses (IBRAFE) and has extensive experience in this sector.

AgriBrasilis – What are the main beans and pulses markets in Brazil today?
Marcelo Lüders – The national market is the major consumer, it is about 3 million tons of beans and with the potential to increase consumption of pulses, such as lentils, peas and chickpeas, to something around 300,000 tons of these other grains, in addition to of the beans.

AgriBrasilis – Did the demand for beans and other pulses as a source of plant-based protein increase during the pandemic?
Marcelo Lüders – Recent research showed that during the pandemic, dry bean consumption increased by 10%. Taking this into account for about six months, it represents at least 150,000 tons of beans that were over-consumed during the pandemic.

Greater awareness and level of information make countries with thriving economies into markets with significant consumption increases  X  Countries with low per capita income have in vegetable protein, originated in pulses, the most accessible source of nutrition.

Whatever the reason, the truth is that the consumption of plant-based proteins is the most sustainable, since it is the best use of natural resources per kilogram of protein produced. Carbon footprints are also the
smallest during production.

AgriBrasilis – Can problems with bean stocks be an impediment to the heterogeneity of grain prices throughout the year?
Marcelo Lüders – Pinto beans, which since the 1970s were responsible for leveraging Brazilian production, but ended up putting the market in a dead end. When pinto beans are left, prices fall below cost because there is no international market for this variety. On the other hand, when there is a decrease in production like this year, there is nowhere to import this bean, which is responsible for 70% of Brazilian
production. Thus, the oscillations end up happening.

AgriBrasilis – Much is said about the global pulse market experiencing a boom abroad due to  leguminous plants being a great substitute for animal protein, how will Brazilian production face the opportunities in this context?
Marcelo Lüders – Not only will there be opportunities for the sector’s proactivity in Brazil, but also for the demand that, yes, sets Brazil as the main player in this sector in the coming years. The growing irrigated area needs to be accelerated so that there are opportunities to generate surplus supply that can be scaled to the international market.

AgriBrasilis – Just like beans, which there are 3 harvests every year in Brazil, is there space in our agriculture for the dissemination of other pulses for export?
Marcelo Lüders – We live, in some varieties of beans and some pulses, the paradox of selling just a little because it is expensive and being expensive for selling just a little. We understand that with the public-private partnership we will face the opportunity to quickly accelerate research and make the country also competitive with these other pulses and, in order, we believe that it will be chickpeas, lentils and, finally, peas. Greater awareness and level of information make countries with thriving economies into markets with significant consumption increases. Countries with low per capita income have in vegetable protein, originated in pulses, the most accessible source of nutrition.

Other dry bean varieties, such as pinto beans, red, white and different varieties of cowpea, have deserved attention within new partnerships that appear in the market. But only less than 10% of the dry bean area in Brazil is planted today with certified seeds.