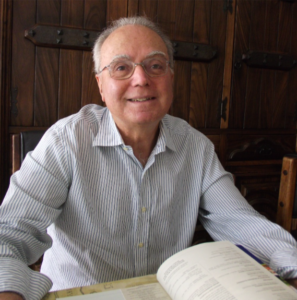 Helvecio Saturnino, President of the Brazilian Association of Irrigation and Drainages comments on the sector.

Brazil ranks 16th among the countries with the largest irrigated area in the world, with 6.9 million hectares, according to the National Water Agency, but the relationship between the irrigated area and the planted area is still low. According to IBGE, there are currently 505 thousand enterprises involved in the irrigation sector, including large companies in the sector, manufacturers and end users of the technology. In addition, in the last 3 decades, throughout the national territory, more than US $ 2 billion have been invested by public-private partnerships.

But irrigation is still a small sector in relation to the country’s estimated potential, so AgriBrasilis talked to Helvecio Saturino, consultant and agronomist with a master’s degree from Purdue University in the United States, today he holds the position of president of the Brazilian Irrigation Association and Drainages and showed several perspectives on the sector.

AgriBrasilis – Brazil is a country with abundant water resources, what has been done to maintain this status?
Helvecio Saturino – The National Water Resources Policy is based on the ground that water is a limited natural resource in the public domain, endowed with economic value. There are rules of right to use: the grants. Before the world, Brazil receives 12% of the precipitation. When we add the surface waters coming from neighboring countries, which enter the territory, the estimate is that we are covered with 18% of the world’s fresh water. Brazil has been an example of good practices in favor of good management and conservation of its natural resources, hence the importance of planning and management of river basins.

AgriBrasilis – Compared to other countries, is irrigated agriculture a reality?
Helvecio Saturino – Estimates for the end of 2020 are between 7 and 8 million hectares with irrigated agriculture. However, the existing potential is more than 10 times this number. It is also worth mentioning the so-called wastewater that, when passing through irrigated agriculture, in projects developed for this purpose, returns them to the hydrological cycle completely purified. The World Bank carried out a study on the impact of the development of irrigated agriculture, with a special focus on the Northeast. In summary, all municipalities engaged in the project’s undertakings have improved the HDI. Instead of the figure of the “withdrawn northeastern”, there was generation of income and jobs that started to attract a wide range of workers.

A recurring question in international forums is: “Why, given the existing potential, does Brazil irrigate so little?” In general, we irrigate about 10% of the area that China or India irrigate, 20% of what the United States irrigates. Their governments are actively involved in committees with a common interest in strategic issues.
The headquarters of the ICID forum is in New Delhi and its leaders have been very committed to this greater Brazilian involvement, including articulations with the Brazilian embassy in India.

AgriBrasilis – FAO’s population projection for 2050 exceeds 9 billion inhabitants. What will be the challenges to meet the demand for human supply?
Helvecio Saturino – ABID has a position in favor of economic exploitation in harmony with nature, guiding the development of irrigated agriculture and the preservation of natural resources for future generations. Studies have shown the need for an increase of around 70% in world food production. It is up to Brazil to see the opportunity to double its current production to meet this estimate by 2050.
Integrated management of river basins is a complex equation and the major challenge is the lack of a State Policy.

AgriBrasilis – In general, does the country contribute to the development of technologies in the sector?
Helvecio Saturino – In view of the existing potential for its growth, there is a limitation, which is the lack of Brazilian “culture” on the irrigated agriculture business. There are several interfaces, whose bonds make it depend on other sectors that, as a rule, do not have the competence to treat and exploit these predicates, which require firm decisions, which discourages entrepreneurship.

However, producers of the most different sizes, with varied productive arrangements, in different regions of Brazil, have carried out exemplary undertakings.

AgriBrasilis – How can water resource management impact agriculture?
Helvecio Saturino – In 1995, Brazil had an irrigated area of about 2.59 million hectares. With a wide predominance of rice in the South, about 50% was surface irrigation and the remaining 50% was mechanized irrigation. In orders of magnitude, it can be estimated that surface irrigation has maintained this area around 1.3 million hectares, with almost all of it having been cultivated with rice.

In the so-called mechanized irrigation, there is basically localized and sprinkling irrigation, with emphasis on pivots, there was a marked evolution of the area. As a result, there was an expansion of diversified irrigated agriculture, with countless global irrigation equipment companies present in Brazil. It is in this broad context that synergisms and complementarities between the different water users emerge and what the management of the water resources plan can do to strengthen its development.

AgriBrasilis – Much is said about industry and agriculture making abusive use of natural resources. What should we be concerned about in this matter?
Helvecio Saturino – We need to realize that water is vital in food production. For the planning and integrated management of hydrographic basins, it is evident that it is in the rural space that the conditions are in place to better discipline the water flow. It is worth emphasizing that good management must not miss a drop that falls in your area, making it infiltrate to recharge the aquifers and the soil itself, with the principle of zero silting.

This results in benefits for the whole society, especially when the producer is involved and contemplated with policies aimed at the planning and management of hydrographic basins with guarantees of access and use of water in agriculture. Experienced entrepreneurs and scholars say that irrigated agriculture is one of the ways, if not the only one, capable of reversing situations of misery in Brazil, with water as a vector for these changes.
But the National Irrigation Policy, Law 12,787, sanctioned on 14/01/2013, with vetoes by the president, after being processed for 17 years in the National Congress, has not yet been regulated. There is much to move forward.